The fish sandwich has been a part of the fast-food menu since Catholic businessman Lou Groen, a Cincinnati McDonald’s franchise owner, invented it in 1962. Most of us who have tried the sandwich can attest to its sensational taste. Interestingly, the fish sandwich was not originally intended to be a fast-food item. Groen created the sandwich to boost business during Lent when many of his customers were observing the Catholic practice of not eating meat on Fridays. The sandwich was an instant hit, and Groen eventually added it to his restaurant’s permanent menu.

However, it has been overshadowed by burgers or chicken sandwiches, but it is gaining popularity as a meat-free option for Lent and other fasting periods. Today, it has been adopted by other fast-food chains and has become a staple of the American fast-food diet. While the sandwich is most commonly made with fried fish, some restaurants offer grilled or blackened fish sandwiches. Whether you’re looking for a meat-free option or trying something new, the fish sandwich is a delicious and healthy choice.

Here are our 10 picks for the best fast-food fish sandwiches:

We’re debuting our list with Arby’s Crispy Fish Sandwich. Arby’s is well-known for its roast beef sandwiches, but its fish sandwich is delicious. The sandwich features a crispy fish fillet, tartar sauce, and shredded lettuce on a toasted sesame seed bun. The crunchy fish is cooked perfectly with balanced breadcrumb breading and dark flecks. The tartar sauce adds a nice zing. The sandwich is surprisingly affordable, making it an excellent value for your money. You can get at Arby’s locations nationwide for a limited time. However, don’t be fooled by the name Crispy – the sandwich lacks the extra crunch.

Next, we give you the fan-favorite Chick-fil-A Fish Sandwich, introduced back into the menu in early 2015 during Lent. The sandwich contains two fried cod fillets, cheese, lettuce, and an optional lemony tartar sauce on a toasted, buttered bun. The fish is flaky and moist, while the cheese and tartar sauce adds a nice creaminess and zing to the sandwich. The sandwich is 370 calories, something to consider if you watch your calorie intake. It’s not available in the Chick-Fil-A app or online menu, so you’ll have to visit a Chick-Fil-A restaurant to try it.

Another fast-food fish sandwich worth your attention is the Panko Breaded Fish Slider from White Castle. As the name suggests, the sandwich consists of a panko-breaded Alaskan Pollock fish patty, a slice of American cheese, and a steamed bun. The sandwich is small and straightforward, but the panko breading gives the fish a nice crispy flavor. The American cheese also adds a bit of saltiness to the sandwich. The simplicity of the sandwich may be a plus for some people, but we found it to be a bit bland.

You’re seriously missing out if you haven’t tasted this next sandwich on the list. The Big Fish Sandwich from Burger King might have had a makeover, but it’s still one of the best fast-food fish sandwiches out there. The new and improved sandwich comes on a brioche-Esque bun with lettuce and tartar sauce. The fish is coated in a panko breading and is fried to perfection. The sandwich is then assembled with a thick-cut pickle chip and is served with a side of tartar sauce. If you taste it, you will agree it deserves a spot on this list.

If you grew up eating McDonald’s, the Filet-O-Fish sandwich holds a special place in your heart. The sandwich was introduced in 1962 to boost sales during Lent. The sandwich has changed over the years, but the basic ingredients remain the same: a fish fillet, tartar sauce, and cheese on a toasted bun. However, this sandwich is a few steps away from being perfect. It’s not terrible, but it’s not great either. The fish is bland, and the breading is too soft – it lacks the crunch that a suitable fish sandwich needs.

Wendy’s Crispy Panko Fish Sandwich was once known for its wild-caught North Atlantic cod. During its debut, the sandwich had a buttered, toasted premium bun, iceberg lettuce, two dill pickle slices, American cheese, and Wendy’s tartar sauce. Even though Wendy’s has stuck with the same recipe for years, they have improved the sandwich, which takes it further away from the first spot. The fish fillet is now pollock, and it’s breaded more thickly. The sandwich is still served with iceberg lettuce, dill pickle slices, American cheese, and Wendy’s tartar sauce. The changes made to the fish fillet make it less flaky and moist. All in all, it’s a decent sandwich, but it could be better.

Even though some disappointments with their Crispy Fish Sandwich, the Arby’s King’s Hawaiian Fish Deluxe sandwich makes up for it. It’s composed of a large, crispy pollock filet on a sweet and pillowy King’s Hawaiian bun. The toppings of shredded lettuce, sliced tomatoes, and tartar all work in tandem with the fish and bun to create a delicious fast food sandwich. The bread is the game-changer here – it uses a slightly sweet and pillowy King’s Hawaiian bun that pulls the whole sandwich together. It’s simply delicious!

Next up on our list is the Whatacatch from Whataburger. The sandwich starts with a crispy fried filet of Alaskan Pollock on a Whataburger Jr. bun. The fish is then topped with lettuce, tomato, and a generous slathering of tartar sauce. The Whatacatch is a delicious seafood sandwich that will change your opinion on fast food fish sandwiches. The fish is tender and juicy with the perfect amount of seasoning in the crunchy batter. The freshness of the lettuce and tomato make this sandwich even better. It’s one of those sandwiches you can’t help but crave.

In the second place, we have the Northwoods Walleye Sandwich from Culvers. This sandwich is only available during spring, but it’s worth trying. The walleye has a fresh, crispy, and light taste that you won’t find in any other fast-food fish sandwich. The tartar sauce dressing is also very flavorful, with actual capers and olives. The shredded cheese also gives it a hint of creaminess. The problem comes in with the hoagie bun, which can be a bit of a slog to get through. However, overall, this is still a delicious sandwich worth trying.

And now comes our top pick for the best fast-food fish sandwich: Popeyes Classic Cajun Flounder Sandwich. This sandwich is everything a good fish sandwich should be. The flounder is mild, delicate, and flakes nicely for a pleasant sandwich-eating experience. The breading is crispy and packed with spices and seasonings, providing a consistent flavor in every bite. The tartar sauce and pickles provide tang and acid to help balance out the fattiness of the fish. It’s a delicious sandwich that you can order without hesitation. 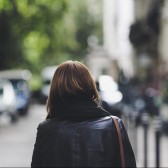 Niki Love is a journalist from Chicago that specializes in culture and travel.

History Of The Televison Show Mr. Ed On CBS